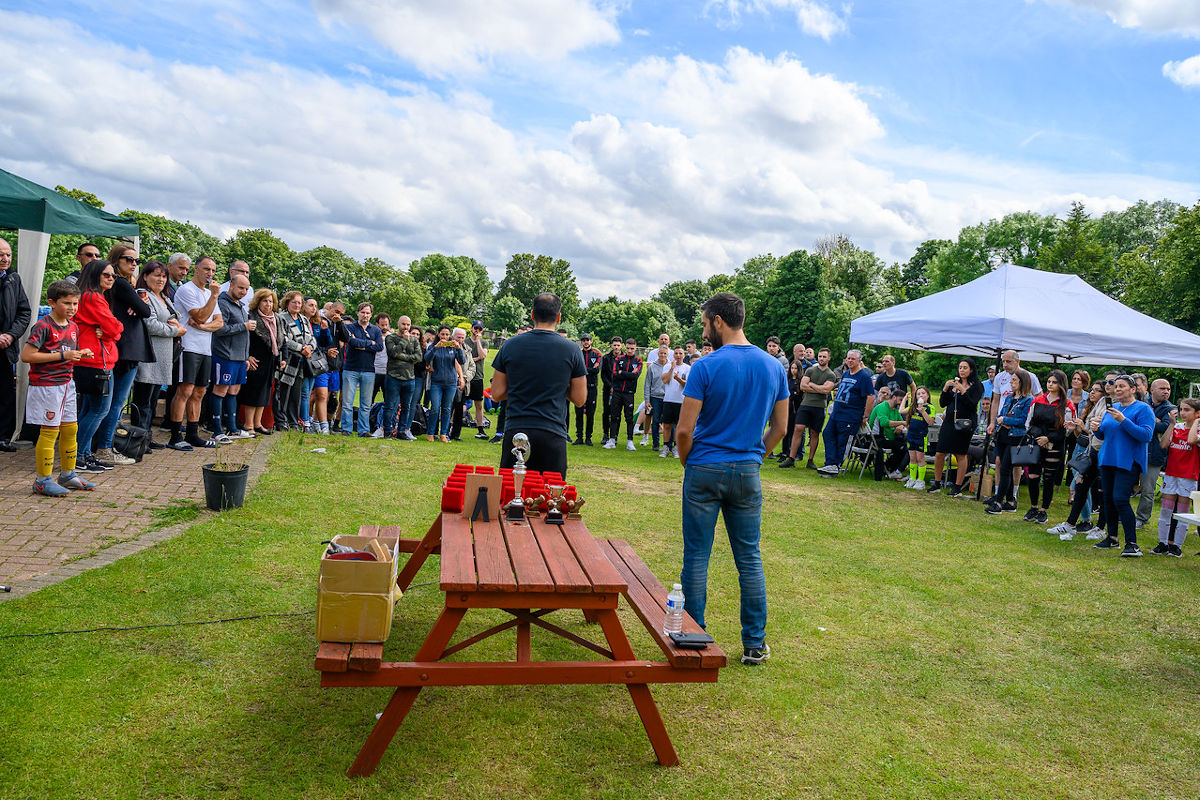 Our 30th season in KOPA has been a very positive one for the club, and one that bodes well for the club’s future. With the step up to Division 1 coupled with an influx of players from youth football, many tipped us for relegation.

Thankfully, the story of our season was very different. We ended the season joint 3rd and semi-finalists in the Divisional Cup, having played a brand of football that brought us praise and admiration from ex-players and regular supporters of KOPA football.

The new players integrated very quickly with the current squad and conducted themselves in a way that is expected of those representing Komi Kebir. As well as being talented, they embodied the values of this great club and worked hard throughout the season.

It has been a joy to coach this group of young footballers and watch them grow into men, and also attempt to help the more experienced members of the squad improve their game and their contribution to the team. Thank you, lads.

In many ways, it was a season of transition for the Club on and off the pitch. With our longstanding and iconic manager Nick Hanna stepping down from his position only a few games into the season, the opportunity to take the reins came our way.

Having both had a lengthy history with the club, it was a chance that we felt was too good to turn down. The prospect of building on the foundation laid down by Nick, with the help of Dino, was an exciting one and one which we felt drawn to.

Our first season in management has had its ups and downs but we have enjoyed every minute of it and we’re looking forward to the new season. Our focus has been on creating an environment that helps players continue to develop and to build a successful team, whilst maintaining the values of the club laid down by those that have preceded us. We are thankful for all the help and support of the committee and hope to build on this seasons work.

We would like to say a special thanks to Nick and Dino for their tireless work over the years. Your efforts and hard work will always be remembered and any success we find in the future is very much down to your tireless dedication and commitment to the Club.

Our final “thank you” is to our (unlce) Savva Savvides who looked after us as youth players at Komi and made us feel like giants when putting on the shirt.

We hope we are making you proud.