2017: Thoughts of the Chairman 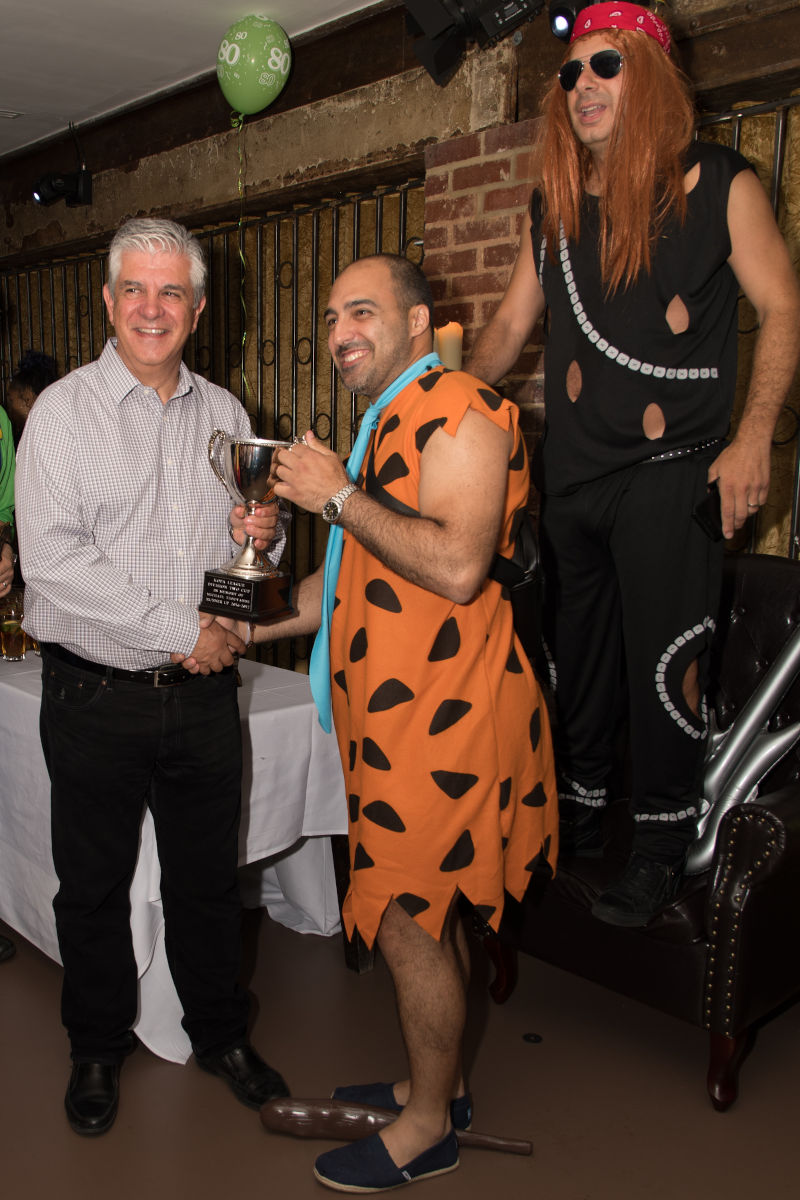 It’s not often you come out winners when you’ve lost but that’s exactly what happened on Wednesday 10th May in the Division 2 cup final.

We had a respectful season in the league again spending most of the year in 2nd place and looking like we would win promotion but injuries and a lack of a proven goal scorer took its toll on the team and we eventually finished a comfortable 3rd in a hard fought division.

Where we did seem to excel was in the cup especially in the Divisional Cup where we beat Cinar and Maronites on the way to the final.

The runaway Division 2 Champions Apoel awaited us in the final and very few in the media or through the league gave us any chance, with predictions giving Apoel a comfortable 4 or 5 goal win.

Nick Hanna had some very hard decisions to make but he knew the game plan he had in his mind and it worked a treat on the night.

It took us some time to settle into our game but when we did looked good. We took the lead with a great strike from Kyri Christofi. We looked comfortable all over the pitch but we still had to thank our super keeper and captain Ari for keeping us in the game. We could have added to our goal but for some great goalkeeping and poor finishing on our behalf. Our rear guard was finally broken just before halftime.

The second half showed the true spirit of Komi Kebir where each and every man gave 110% for the club. Apoel dominated the game but we never looked out of it creating chances and defending like warriors.

The game went into extra time and was heading to a penalty shootout when a hotly disputed free kick given by a very poor referee on the night led to Apoel scoring the winner 5 mins from the end.

Defeated yes, down hearted no!

The plaudits the club received after this game were overwhelming. Personal congratulations, text messages, Facebook posts all telling Nick and his team how well they had played was just amazing.

For me the best thing on the night was the show of support the team were given by the people from Komi Kebir and it was great to see so many Komi old boys come out in force to again show that this is more than just a football club, it’s a family.

On a personal note I think a lot of credit for the spirit of Savvas lives on thanks to the likes of Nick, Ari, Dino and the coaching staff at the club. They have managed to instil what it means to represent this great club and it may take the players a while to understand but when they do they will embrace it fully.

Thank you to all that have helped us financially this year and we hope we have your support for many years to come. We hope you all have a great night tonight and please come along and help cheer the boys once the season starts again.