The roots of Komi Kebir Football club were formed in 1974, when a Komi Kebir Association trip to Broadstairs resulted in a group of Komi youngsters notably Nick Nicholas, Jack Nicholas, Louis Tsioupra and Michael Yiakoumi having a game of football for fun, then having the idea to form a football team.

After a couple of friendlies on Finsbury Park, the team became one of the founder members of the KOPA League, a Cypriot league created in London in 1975, (in the aftermath of the invasion of Cyprus to provide comfort and a sense of community for Cypriots in London many of whom were refugees).

The first PAOK League game was an 11-1 defeat to Apol.

The club introduced of a new committee with the Patata brothers coming on board Takis and Demos, Takis Kyriacou, Sotiris Campanellas, Kapidoui, Kyriacos Spyrou and young Vava Lykourgos.

More success came when Chris Antoniades took over. PAOK won the KOPA Challenge Cup and lost in the final of the Premier Division Cup in 1986/87. Kevin Cooper, who played professional football for Coventry, and Nigel McNeil, who went on to play for New Salamis in Cyprus both played for the club.

Angelos Polycarpou became the new manager and new committee members including Costa Panaretou, Takis Antoniou and Savva Savvides came on board. Andy Polycarpou, who played professionally for Southend and Norwich, and George Costa from Fulham also played for the club. During this era, PAOK won the Division One Cup in 1988/89 in front of 700 people at New River Sports Centre (right back on the day was a young Mario Michael!!).

Savvas Savvides had a passion for promoting youth and a vision for the future, and creating a Komi Kebir Youth team proved a master stroke. As well as winning the Youth League in 1988/89, the majority of the youth players progressed to the adult team.

Savvas, the catalyst of the name change from PAOK to Komi Kebir FC took place in 1989, when it was decided unanimously by the Komi Kebir Association Committee to use the name of going forward and for the team to include as many players as possible whose families were from Komi and the surrounding villages.

Within days of the summer of ’89, Savvas had amassed a brand new squad of players from other KOPA teams, all with Komi links including brothers: Tom & Luke Toumazi; Vava & Louis Tsioupra; Chris & Tony Timotheou; Mario & Michael Michael.

The squad was enhanced by a super crop of young players that Savvas had already been coaching at KOPA Youth level for PAOK, including his son, Yianno, John Phillipou, Peter Koumis & our very own baby faced Nick Hanna.

Chris Timotheou and Louis Tsioupra managed the first generation in 1989 followed by Tom Toumazi, John Calcott, Vava Tsioupra, Harry Christou, and George Andreou, all the way through to Nick Hanna, and now on to Mario Christou (Harry’s son) and Andy Kyprianou, who both also captained the club.

For many seasons since 1989 the club were too good for the 2nd division but not good enough to stay up in the 1st division. However, Komi Kebir FC were never ever a club to look for quick fixes, to bring outsiders in with mercenary players who don’t care or play for the badge.

Throughout the last 30 years Komi Kebir FC was sponsored by Katsouris Brothers/Cypressa & the Yerolemou family. The club is indebted to their help and financial support which ended in 2019 following a corporate takeover of the business.

At our core was Savvas, a gentleman, a scholar of the game, showing us how to conduct ourselves at all times. Sportsmanship trophies awarded by KOPA came Komi’s way 3 times in first 5 seasons we were formed. He immensely proud of us in this respect.

Players became lifelong friends, best men to each other, god parents to each other’s children & still play 5 aside together every week.

Fast forward 30 years and once again the emphasis is on youth blended with experience, with five 17 year olds coming into the team from AEK Youth FC, Komi’s sister youth club, who we are very grateful for this affiliation.

The team has taken the KOPA 1st division by storm in recent seasons and has won many supporters for its ethos and style of play & is the envy of the KOPA league.!!

The late, great Savvas Savvides built the foundations of a lasting legacy, one which is still going strong 30yrs on.

We cannot understate the impact Savvas had on Komi Kebir FC and he is firmly in the hearts of every player he introduced to the club. He is a club legend. 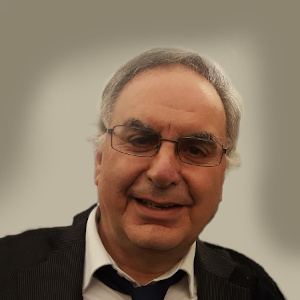